Friday, October 21, 2022
This District based award-winning filmmaker has traveled the globe creating content for the U.S. State Department, USAID, and the Discovery Channel. 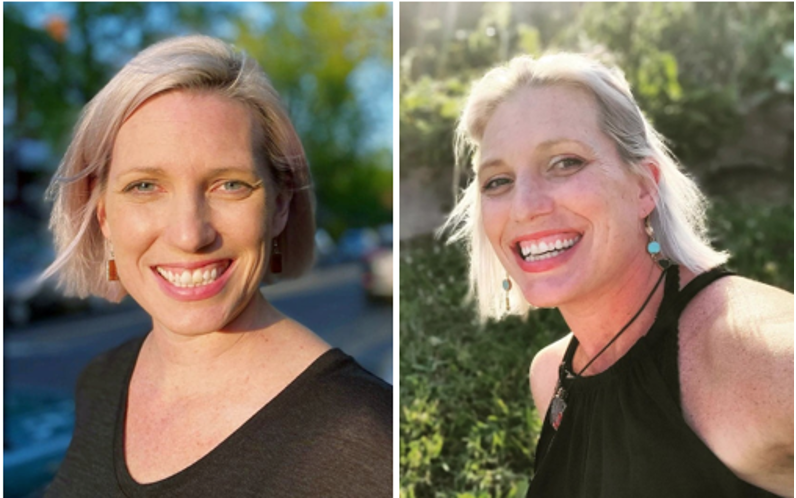 Washington, DC – The District of Columbia Office of Cable Television, Film, Music, and Entertainment (OCTFME) is pleased to recognize SARA BARGER as the October 2022 Filmmaker of the Month.

Sara Barger is an award-winning documentary filmmaker based in Washington, DC who specializes in creating short form non-fiction content. Sara has traveled the world making documentary films as a director, producer and editor, creating content for the U.S. State Department, USAID, Discovery Channel, and think tanks. Her work has taken her to Iraq, Congo, India, China, Tibet, El Salvador, and Honduras.

Sara first became interested in filmmaking Sara at a young age where she had access to an audiovisual and television studio program her public high school. From there, Sara studied Visual Media at American University here in the District of Columbia, where she worked in the editing lab as a work-study assignment, honing her editing skills even more. As a sophomore at AU, the ad agency GMMB hired her as an intern, where she was able to gain on-set experience and learn the ins & outs of a real production company. After receiving her undergraduate degree, Sara got a master's in journalism from American University.

Ten years after receiving her masters, Sara returned to school to pursue a Master of Fine Arts degree in film from the Vermont College. Her thesis film “Little but Fierce” was nominated for a 2020 student Academy Award, as well as numerous other accolades. All of these educational experiences (and many more) helped shape Sara into the storyteller she is today.

Some of Sara’s most notable filmmaking credits include producing The Southern Ladies (2018) about the struggles of being gay in Pittsburgh and The Good Candidate (2020) which focuses on the old “big tent” ideal of the Republican party in light of a 2020 Congressional Republican primary in Virginia where the incumbent officiated a same-sex wedding. Sara also directed the experimental short film Brothers (2019) and Little but Fierce (2020) about Madison Davis, a nine year-old girl battling a rare form of brain cancer and her search for traditional and alternative treatments for her rare condition.

"In a male-dominated industry, we must do better to elevate and support female voices in the media and all arts. Thank you OCTFME for recognizing my work and the work of all female artists in the District.”

In addition to her own filmmaking work, Sara has been committed to “giving back” and sharing her experiences and filmmaking talent with the next generation of filmmakers and content creators. Since 2017, Barger has taught filmmaking and career development courses for various universities in the National Capital Region, including American, George Washington, George Mason, and Old Dominion Universities.  She also guest lectured at Harvard University’s workshop titled "Collecting the Stories in Your Neighborhood: Social Justice Storytelling & Community Impact" and was recently the keynote speaker for the North Carolina Office of State Human Resources’ Women’s History Month event.

Sara currently serves as the head of video production for the Defense Health Agency (DHA), Sara leads a full-time broadcast operations team to produce videos on a weekly basis for use at various levels throughout the Military Health System. Prior to joining DHA, Sara ran a successful production company, producing videos for clients across the globe. She has created films on social issues in developing countries such as Iraq, Congo, India, Tibet, El Salvador and Honduras. In addition, Barger developed the production departments for two of the most influential national public policy think tanks.

Sara also currently serves as President of Women in Film & Video (DC). During her leadership of the regional media professional organization Sara has launched several programs to support the careers of media-makers in the MidAtlantic Region, including a Mentorship Program, a Narrative Feature Fellowship Program, the DC Student Film Festival, a local monthly filmmaker showcase, the Media & Monuments Podcast, plus many more.

To learn more about Sara and her work check out her her professional website: https://www.sarabarger.com.

Want to learn more about Sara Barger and her work? Click HERE to listen to her DC Radio interview.