Tuesday, November 20, 2018
This Washingtonian is the founder of Unchained Media Collective and one of the inaugural 2017-2018 Art and Social Impact Fellows at Halcyon Arts Lab 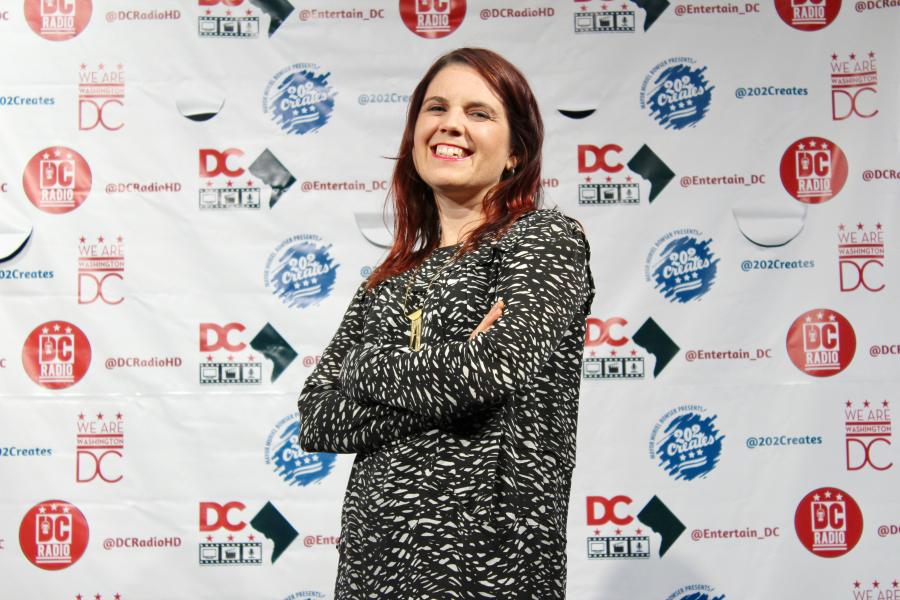 The District of Columbia Office of Cable Television, Film, Music, and Entertainment (OCTFME) is pleased to recognize Kristin Adair as the November 2018 Filmmaker of the Month.

Kristin Adair is a DC-based documentary photographer and multimedia storyteller with a background in law and a passion for social justice advocacy through visual media and collaborative community based art. She received her Master of Art in New Media Photojournalism from the Corcoran School of the Arts and Design at George Washington University. She also received her Bachelor of Science in Foreign Service in 2002 and her Juris Doctorate in 2006, both from George Washington University.

Kristin’s new documentary “Becoming Free” is an intimate and thought-provoking film that follows three young people in the nation's capital as they seek to break the cycle of poverty, violence and incarceration through entrepreneurship. They face a host of challenges–finding housing and employment, rebuilding relationships, breaking free from the stigma of a felony record and navigating the requirements of parole. But they are always walking the “thin line” that can lead back to prison with the smallest misstep or along a new path to a successful future.

“It's really amazing to be recognized by the Office of Cable Television, Film, Music and Entertainment because I’ve done short projects but this is my first publicly released major film project,” said Kristin. “It's just been so great to have the response of folks here in the District and the support of these stories.”

Kristin recently launched Unchained Media Collective in collaboration with Halim Flowers, an incarcerated writer, storyteller and activist from Washington, DC who is serving a life sentence he received at the age of 16. “Coming to prison as a child - at the age of 16, I realized that the only way I was going to get out of prison was that I had to be heard,” said Halim, co-founder of Unchained Media Collective. Halim will be released soon from prison after 22 years as a result of a change in the law regarding life sentences for juveniles charged as adults in DC.

Through storytelling and advocacy work, Unchained Media Collective creates bridges between the often-unheard community of incarcerated and formerly incarcerated young people and the public—policymakers, attorneys, judges, and others whose decisions daily impact the futures of those behind bars to reach their full potential as creative, contributing members of society. The organization aims to disrupt mass incarceration by empowering currently and formerly incarcerated people to become multimedia storytellers and advocates.

“Unchained Media Collective is a true collaboration. I bring to the table my skills as a filmmaker, multimedia artist, and advocate, but I believe to effectively tell stories from behind the walls of mass incarceration we must center the voices and vision of those who have lived these stories,” said Kristin. She continued, “My role is to share tools and build platforms for incarcerated and formerly incarcerated storytellers to raise their voices to advocate for themselves and for changing the system that is failing particularly young people of color.”

Kristin’s film, “Becoming Free”, recently received a Special Jury Award at the Awareness Film Festival in Los Angeles. A special screening of the film will be held on November 27 at 6:30pm at Georgetown Law Center’s Hart Auditorium.  Following the film, there will be a panel discussion about creating sustainable opportunities for community members returning from incarceration, featuring local returning citizens, policymakers, advocates, and experts from the Georgetown community. RSVP Here