Thursday, May 12, 2022
Yael Luttwak is an award-winning DC-based filmmaker passionate about creating documentaries and films that raise awareness of pressing social issues and highlight the resiliency of the human spirit 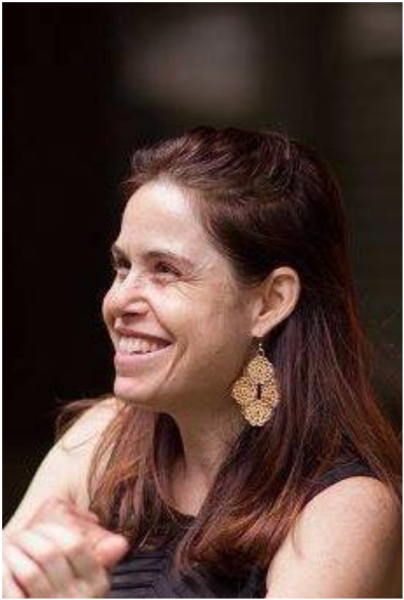 Washington, DC – The District of Columbia Office of Cable Television, Film, Music, and Entertainment (OCTFME) is pleased to recognize YAEL LUTTWAK as the “Jewish American Heritage Month” May 2022 Filmmaker of the Month.

Yael Luttwak is an award-winning filmmaker who formerly served as a programming producer at the United States Holocaust Memorial Museum. In that role, Yael developed and produced strategic initiatives that leveraged creative content to advance the mission of the museum. She produced live and digital programming to educate about the Holocaust and preserve the memory of those who suffered. Yael concepted and co-produced with colleagues and longtime host and journalist, Bill Benson, the digital pivot of First Person: Conversations with Holocaust Survivors with 30,000 viewers per episode on YouTube.

"I'm deeply humbled and honored to be recognized as OCTFME's Filmmaker of the Month. I feel very fortunate to be able to produce documentaries, television, and films to engage and inspire social change. It is humbling to be recognized alongside such an incredible group of filmmakers. There's a lot of work left to be done. Here's to going from strength to strength!" said Yael Luttwak.

Early in her career, Yael was fortunate to work as Oscar-nominated acclaimed director Mike Leigh's researcher on his production of "Two-thousand Years," a play at London's National Theater. Her first couple of short films have been widely distributed, among them Hans Rausing and Yitzhak Rabin: 1922-1995, a New Regency production.

Yael has produced and directed six award-winning documentaries that received distribution to engage and create social change. Her first feature, A Slim Peace, explores the relationships between Arab, Muslim and Israeli women in the West Bank. It tells the story of the first-ever nutrition and weight-loss group of Israeli and Palestinian women as a way of showing humanity and the humor in the Middle East. It premiered at the Tribeca Film Festival and was broadcast on the Sundance Channel.

Yael’s recent projects include directing Guest House about the lives of three women as they bravely set out to start new lives coming out of jail and prison, the award-winning documentary Maine Girls, following 13 immigrants and U.S.-born teenage girls as they bridge cultural divides and produced the documentary feature Journey From Evil: Boko Haram for Voice of America.

Want to learn more about Yael Luttwak and her work? Click HERE to listen to her DC Radio interview.