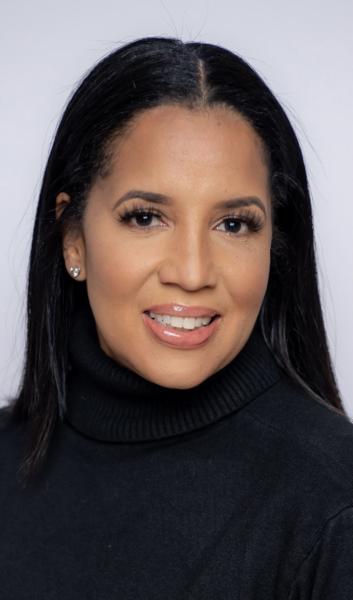 Washington, DC – The District of Columbia Office of Cable Television, Film, Music, and Entertainment (OCTFME) is pleased to recognize BREE WEST as the March 2022 Filmmaker of the Month.

Bree West is a film and music video producer, writer, and showrunner whose work has been broadcasted on BET, BET+, TVOne, Lifetime, and ALLBLK networks. Bree started her film career in 2015 when she Co-Executive Produced "The Real MVP: The Wanda Durant Story" with Flavor Unit Productions, a production company owned by Queen Latifah and Shakim Compere. Bree was instrumental in structuring the deal that led to the film’s development and ultimate production. After that project premiered, Bree was hooked. She began developing and producing film content, then with her now-husband and producing partner Chuck West established OCTET Productions, a full-service film, television, and event production company in 2015.

“Words fail to convey how honored I am to be recognized as OCTFME's Filmmaker of the Month, especially during Women's Month. It is a genuine privilege to be recognized for excelling, while pursuing your passion and leaving a legacy for those who will follow,” said Bree West.

Bree West is excited about 2022. She has two upcoming projects in production, including a suspense thriller feature film set to premiere this fall, entitled "Stalked Within," and a sensual, suspense thriller series set to premiere this fall entitled "HUSH." In the meantime, Bree is writing the sequel to her most recent Christmas film entitled, “A Wesley Christmas Wedding.”

Bree and her husband/production partner Chuck are also committed to giving back and mentoring the next generation for filmmakers. Bree and Chuck have have given lectures to students at American University and developed a partnership with Bowie State University to help advance the careers of young aspiring filmmakers. Bree truly embraces a responsibility to support developing filmmakers by giving them access to hands-on experiences and opportunities they otherwise would not have. Bree is determined to keep producing great content because she looks at filmmakers as historians and documentarians.

“Our films tell the stories of our cultural experiences during the time periods that they capture. They will be used, in the future, as tools that convey how we lived. It is our obligation to tell our authentic stories."

Bree West is extremely honored and grateful to be celebrated as OCTFME MARCH 2022 FILMMAKER OF THE MONTH and looks forward to producing many more meaningful films in the future.

Bree is currently in pre-production for three upcoming projects that she plans to produce in 2022:

Stalked Within - a suspense thriller filmed for release in fall 2022. Producer, EP;

Want to learn more about Bree West and her work? Click HERE to listen to her DC Radio interview.

OCTFME provides additional support to the Creative community through the Creative Affairs Office (CAO), and the Mayor Muriel Bowser Presents: 202Creates initiative. CAO showcases and preserves the District of Columbia’s rich creative communities throughout all 8 Wards. CAO builds sustainability in the creative community through policy, programming, and education, further expanding the middle-class pathway for the creative workforce. CAO coordinates public, private, and community partners to accomplish all goals and create equitable and inclusive opportunities for the District’s creatives. Mayor Muriel Bowser Presents: 202Creates initiative, administers programs that support the growth and sustainability of the creative industries throughout the District.