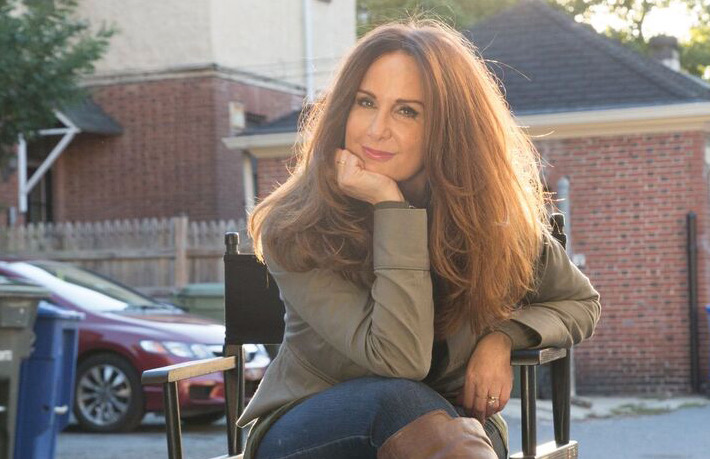 Washington, D.C. – The District of Columbia Office of Cable Television, Film, Music, and Entertainment (OCTFME) is pleased to recognize Andrea Kalin as our March 2021 Filmmaker of the Month.

Andrea Kalin is a celebrated director, producer, writer, documentary filmmaker and the founder of DC based production company, Spark Media.  Spark Media is dedicated to producing programs with a social conscience. She has worked in 25 countries, from disaster zones to remote tropical rain forests, crafting gripping human stories for the screen.

“It’s humbling to be recognized as an OCTFME filmmaker of the month and to be connected to such an inspiring and talented group of peers all vested in the shared goal of making our world a more welcoming place. The collaborative process of filmmaking is a key part of what drives and motivates me. I’ve been able to forge connections in DC that have sustained me and my work for decades. From other indies, to independent production companies and professional groups like WIFV, PGA or TIVA-DC, this is a community that collectively rises-up with a spirit of solidarity. I never take for granted that I started out in this industry as an intern and over the years I’ve come to appreciate that true success is when you reach back and bring somebody along with you. I’m thankful to be in a city that’s cultivated an environment where art meets activism, healing, and purpose and where its filmmaker community has consistently demonstrated that as things get harder, we just get stronger. Here’s to statehood in 2021,” said Andrea Kalin.”

Andrea’s storytelling gifts have earned her more than 100 industry awards and accolades, including Prime Time Emmy, Golden Globe and WGA nominations. She specializes in bringing viewers the emotional front line where lives of courage, perseverance, and dignity persist through seemingly insurmountable hardships. Some of her projects spotlight influential lives that until now have been lost to history. Others focus fresh, inquisitive eyes on contemporary social issues too often left unexamined.

Her twelfth and latest feature-length award-winning documentary, “Scattering CJ,” premiered at the Camden International Film Festival and is the centerpiece of a nationwide initiative to educate about suicide prevention and break the stigma about mental illness.

Kalin’s filmography also includes “First Lady of the Revolution,” which won ten awards on the festival circuit including Best Documentary Feature, three Audience Choice Awards and was selected to tour with the Southern Circuit series. The film premiered on Public Television’s Reel South PBS World in March 2018 and was selected for an encore broadcast in April 2020. “First Lady of the Revolution” is also the inspiration for El 48, a new, genre-defining virtual reality experience that recently premiered in December 2020 at the National Museum of Costa Rica.

In 2014, Kalin released “Red Lines,” a hard and revealing gaze through the acrid smoke of the Syrian conflict, where she was one of the first US filmmakers to cross that country’s border and capture the humanitarian disaster from inside. The film was awarded Best Documentary at the 2014 Woodstock Film Festival, Most Disturbing Documentary at the 2016 Ramdam International Film Festival, the Humanitarian Award at the Tiburon International Film Festival, and a top-20 audience pick at the 2014 Hot Docs Film Festival. “Red Lines” was also featured in high-profile screenings on Capitol Hill, the US Holocaust Museum, the United States Institute for Peace and at 30 film festivals around the world.

Kalin’s 2013 documentary feature, “No Evidence of Disease” was released by Regal Cinemas in 47 theaters in the U.S. and Canada on World Cancer Day. It aired 2100 times on American Public Television and was simulcast on PBS’ World channel and in Spanish on Vme.  The film has catalyzed the Globe-athon, a worldwide awareness-raising movement on women’s health.

Other feature-length docs she has directed and produced include: Smithsonian Channel's “Worlds of Sound and Soul of a People: Writing America’s Story,” PBS's “Prince Among Slaves,” “Talking Through Walls,” and The Pact and Comedy concert film “Allah Made Me Funny.” Kalin's 2002 debut documentary feature, “Partners of the Heart,” was named one of NEH’s 50  Best, aired on PBS's American Experience, won the Erik Barnouw Award  for Best History Documentary, and inspired the original HBO movie  “Something the Lord Made,” starring Alan Rickman and Mos Def.

Andrea Kalin believes that all her films reflect a common spark, an inspired, and inspiring impulse to shine a light on the unexpected and to share stories that become a part of who we are and how we see our world.

Want to learn more about Andrea Kalin and her work? Click HERE to listen to his DC Radio interview.