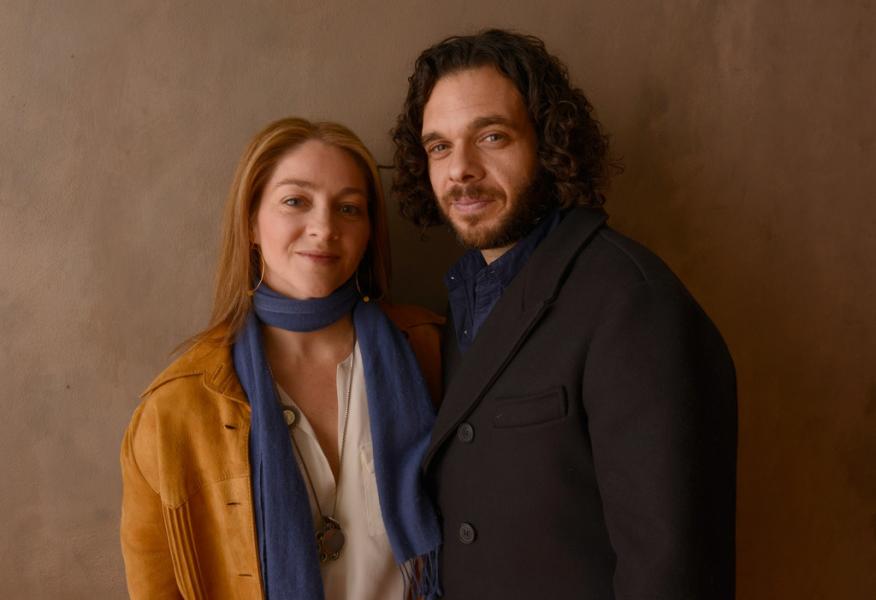 Washington, D.C. – The District of Columbia Office of Cable Television, Film, Music, and Entertainment (OCTFME) is pleased to recognize Andrea and Sean Fine as the July 2021 Filmmakers of the Month.

“We are very excited to be honored as the OCTFME Filmmakers of the Month. DC is our home, and we are very proud to be launching our new social impact studio, Change Content, here. DC has a wealth of artistic storytelling just waiting to be tapped into with a new community of changemakers, craving to make a difference,” said Sean and Andrea Fine.

Andrea’s path to filmmaking began as a philosophy major in college and learned the craft by working up the ranks in production, focusing on writing and story development. Sean, a 4th generation DC resident, began his filmmaking journey studying Marine Biology and Film and Cinematography at university. Sean’s parents were also accomplished documentary filmmakers.

Andrea and Sean first met working at National Geographic Television. In 2003 they married, and eventually left National Geographic to form their own independent documentary production company, Fine Films. It was their shared belief in the power of film and visual storytelling to challenge, educate, inform, and make a difference that pushed them to step out on their own. Starting their own production company allowed them the creative and editorial freedom to tell stories they were most passionate about.

The Fines 2007 feature documentary, War/Dance, an inspiring film about the power of music to heal and transform the lives of child soldiers victimized by the ravages of a civil war in Uganda won the 2007 Sundance Film Festival Award for Best Documentary Directing, was nominated for the Academy Award© for Best Documentary Feature in 2008; and in 2010 received Emmy Awards for Best Documentary and Best Cinematography.

The Fines 2013 HBO original documentary feature Life According to Sam, which tells the story of Sam Berns and his fight to overcome the rare, degenerative aging disease progeria, premiered at the 2013 Sundance Film Festival, and won both the 2013 Peabody Award and the 2014 Emmy Award for Exceptional Merit in Documentary Filmmaking.

The Fines’ recent documentary feature, LFG, is a dramatic, behind-the-scenes look at the U.S. Women’s National Soccer Team’s fight for equal pay and gender discrimination lawsuit against the United States Soccer Federation. LFG had its world premiere June 17 at the 2021 Tribeca Film Festival and its local DMV premiere June 23 at AFI DOCS. The film is currently airing on HBO Max.

The Fines next feature documentary project will be a partnership with A24 about the transition of power in the American government. The film will explore both the history of Presidential administration transitions and investigate what let up to, as well as the aftermath of, the unprecedented January 6th Capitol insurrection.

In 2021, the Fines launched a new production and new impact media studio venture, Change Content. The Fines established Change Content with the goal to “develop true stories into unforgettable narratives and docs that upend the way viewers think and feel about critical issues.”

Life According to Sam (2013); Director, Producer

Want to learn more about Andrea and Sean Fine and their work? Click HERE to listen to their DC Radio interview.