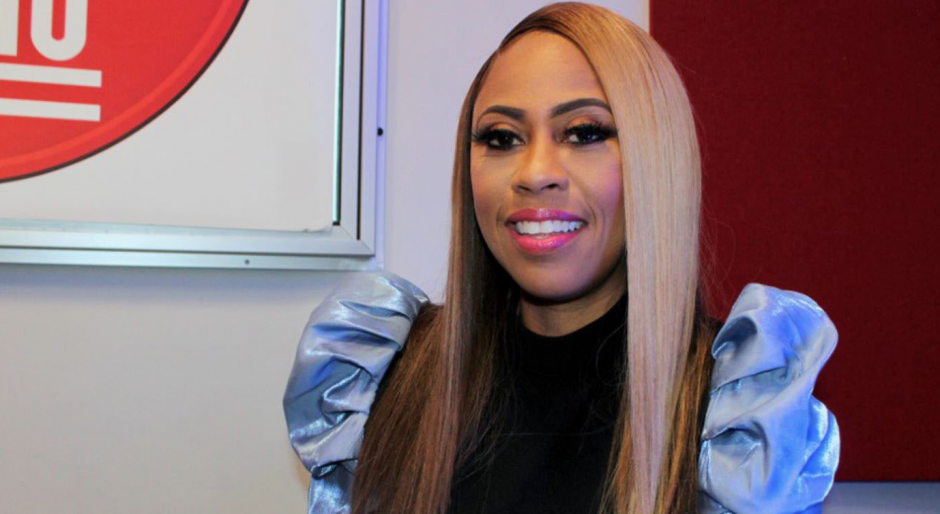 The District of Columbia Office of Cable Television, Film, Music, and Entertainment (OCTFME) is pleased to recognize Tressa Smallwood as the July 2020 Filmmaker of the Month.

“To be recognized as the July 2020 Filmmaker of the Month feels good because that means you’re being honored by your hometown, by your peers. I love it, I love DC, and I’m excited! I celebrate every accomplishment, this means a lot,” said Tressa.

Tressa "Azarel" Smallwood is an award-winning Book Publisher and Movie Producer. In 2003 after writing her first novel, Tressa resigned from her teaching tenure to fulfill her dream of becoming an author. Since then, she's penned 4 novels, and published many other authors resulting in over 162 published titles some of which are now being adapted to film and television series. As a content catalog owner, Tressa's entrepreneurial work as both an author, book consultant and movie producer have been featured in Black Enterprise, EURWeb, The Source, Shadow & Act, Rolling Out, and many more.

Expanding into the film industry in 2014 Smallwood created her award-winning film company, MegaMind Media in the Washington, DC area to shed light on the amazing talent in the area and to create fulfilling African-American content. Megamind Media is an American Film and Production Company specializing in book to film adaptations and original television series and programming. The company was founded by Award Winning Book Publisher, Tressa "Azarel" Smallwood and Business Guru Donte Lee. Secrets, the first feature film under MegaMind's belt was produced in 2015, featured as an "official selection" at the 2016 American Black Film Festival, and set for a limited theatrical release in 2017.

Tressa has cast and worked alongside many accomplished actors such as Rob Riley, Denise Boutte, Clifton Powell, and Lamman Rucker. Smallwood's big break came in 2016 when her film Secrets was licensed by BET NETWORKS. Since then she has produced All In, the 2019 ABFF & BET award winning film, starring Lil Mama, Elise Neal, Lyric Hurd; Sinners Wanted staring Clifton Powell and Traci Braxton and The Available Wife starring KJ Smith, Terayle Hill, and Roger Guenveur Smith, all of which were filmed in the District of Columbia. Tressa is currently in development for three of her scripted TV Series, Caught Up, Positions, and Dirty Divorce (based off the best-selling book series).

In her spare time, Smallwood mentors youth with her iFilm academy and hosts numerous programs through the Mayor's Summer Youth Program. She's most fulfilled by teaching others to duplicate her success. “It’s important to me. I write books, I produce movies, I still say my passion is helping the youth. And so because of that, I make sure I bring youth on set with me, I make sure I have programs for them. We have people who come in and teach them different skill sets because we want them to participate in the creative economy at some point.”

So what’s next for Tressa? “People can see All In on BET, Sinners Wanted - I can’t tell you which network yet, but I have three movies coming out back to back. I’m also hoping to be filming two movies in 2020 in Washington, DC and in negotiations for a few of my TV series,” said Tressa.

Want to learn more about Tressa Smallwood and her work? Click HERE to listen to her DC Radio interview.