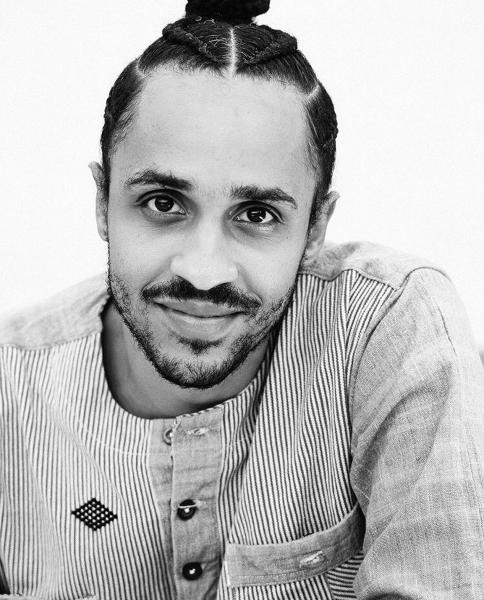 Washington, D.C. – The District of Columbia Office of Cable Television, Film, Music, and Entertainment (OCTFME) is pleased to recognize Merawi Gerima as our January 2021 Filmmaker of the Month!
“I'm happy to be joining the ranks of all the other incredible Black DC creatives who have been similarly recognized by OCTFME, and those who will be recognized in the future,” said Merawi Gerima.

Filmmaker Merawi Gerima is a Washington, DC native, and it is this origin that inspires and informs the community-inspired orientation of his projects, including his debut feature film, “Residue.” Written and directed by Gerima, “Residue” follows aspiring filmmaker Jay (Obinna Nwachukwu) returning to his childhood Washington, DC, neighborhood that has been changed beyond his recognition. “Residue” is an intense, thought-provoking, evocative and emotional story of social dislocation and broken lives set against the backdrop of gentrification in the District of Columbia.

Gerima filmed “Residue” on location in the District, working with limited resources but an abundance of determination, talent, and community support. The film was a total communal endeavor, made possible primarily by the effort of the people it portrays.

Merawi believes it is important for a filmmaker to go outside the boundaries of creative conventions to be a true artist. For an emerging filmmaker to discover and cultivate an authentic artistic voice, they must recognize, respect, and protect their own inherent creative instincts. Gerima says he has learned to listen to those instincts over and above what he learned in film school. “I think the more you listen to your own amateur instincts, the more you're following what will become your voice.”

“Residue” is currently streaming on NETFLIX through Ava DuVernay’s production and distribution company, ARRAY, and has been awarded a string of stellar reviews and top film of the year honors.

Gerima is a graduate from the University of Southern California (USC) School of Cinematic Arts (SCA). He is the son of celebrated Ethiopian filmmaker Haile Gerima, a legendary figure in the L.A. Rebellion film movement and owner of local afro-centric bookstore and café, Sankofa. Gerima currently resides in Washington, DC.

Want to learn more about Merawi Gerima and his work? Click HERE to listen to his DC Radio interview.