Tuesday, February 8, 2022
DC filmmaker produces unique and inspiring documentaries and promotional videos for non-profits highlighting the vital work they do for our communities. 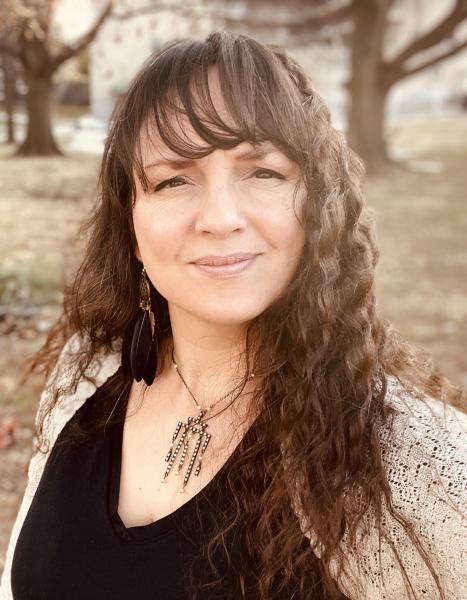 Washington, DC – The District of Columbia Office of Cable Television, Film, Music, and Entertainment (OCTFME) is pleased to recognize Kimberley Williams as the February 2022 Filmmaker of the Month.

As an independent media creative, Kimberley enjoys producing unique and inspiring documentaries and promotional videos for non-profits, highlighting the vital work they do for our communities. Her films have been shown in various festivals around the US, including the International Social Change Film Festival, Rainier Independent Film Festival, and Moondance Film Festival, where her music video “Heaven’s Falling” was selected as Audience Favorite.

"Primarily working as a person behind the scenes, it is an honor to be recognized by OCTFME for my work as an independent filmmaker/producer. It is my mission to highlight the important community work being done by non-profits throughout the country, as well as exploring unique creativity and the healing arts,” said Kimberley Williams.

Early in her filmmaking career, as an educator, Kimberley worked as a Media Arts adjunct professor for both American University and Catholic University of America in Washington DC. Her students honed their skills by producing media for organizations such as the Dr. Hawa Abdi Foundation, Voices for Biodiversity, Somali American Peace Council, and Bloombars. Prior to teaching at the University level, Kimberley was a secondary education teacher for six years, having taught K-12 for Virginia Beach School District as well as Washoe County School District in Reno, NV. Kimberley also lived and worked in China for a year, teaching English and traveling extensively throughout the country. In her current role with One Common Unity, Kimberley also serves as a mentor to interns who look to create media based on the inspiring mission of OCU.

Kimberley’s most recent filmmaking project for One Common Unity, The Melody Lingers On (2021), is a story about love, loss and hope through creative healing. It follows the journey of a DC native and hip-hop artist Marcus Morgan/Popp Culture, who tragically lost his brother to gun violence. As producer and director of her personal documentary "Broken Hearts & Butterflies" (2012) and music video "Heaven’s Falling," (2015), both feature Kimberley's own original music. A self-taught musician singer-songwriter, Kimberley also released her self-titled album “Kimberley Rose” (2013). Believing in the transformative power of music, art, and unique forms of self-expression, her current musical interests find Kimberley exploring sound and song as a modality for deep healing.

Originally from the West Coast, Kimberley grew up on a self-sustaining wheat and barley farm in Eastern Washington State, where she could ride horses before she could walk. Now having two horse-loving daughters, she tries to expose them to riding as much as possible while living in the middle of the city. Kimberley’s current independent film project, titled #HorseDiamonds, is about how Hungarian horses came to the United States after World War II, and why a small group of equine enthusiasts are trying to keep the Kisber-Felver bloodline alive.

Kimberley’s hope is to someday film the horses while living in Hungary. Although from Washington State, Kimberley has also lived in Minnesota, California, Nevada, Virginia, Louisiana, New York, China, and the Czech Republic.

To learn more about Kimberley’s past and current creative projects at her professional website.

Want to learn more about Kimberley Williams and her work? Click HERE to listen to her DC Radio interview.

OCTFME provides additional support to the Creative community through the Creative Affairs Office (CAO), and the Mayor Muriel Bowser Presents: 202Creates initiative. CAO showcases and preserves the District of Columbia’s rich creative communities throughout all 8 Wards. CAO builds sustainability in the creative community through policy, programming, and education, further expanding the middle-class pathway for the creative workforce. CAO coordinates public, private, and community partners to accomplish all goals and create equitable and inclusive opportunities for the District’s creatives. Mayor Muriel Bowser Presents: 202Creates initiative, administers programs that support the growth and sustainability of the creative industries throughout the District.