Tuesday, December 7, 2021
This multi-award-winning documentary filmmaker is committed to offering candid perspectives and focusing on the intersection of politics, economics, social issues, and daily life. 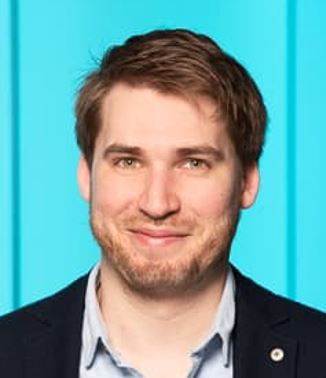 Washington, DC – The District of Columbia Office of Cable Television, Film, Music, and Entertainment (OCTFME) is pleased to recognize Samuel George as the December 2021, Filmmaker of the Month.

Samuel George is a documentary filmmaker committed to bringing audiences up close and personal to people and communities facing the challenges and opportunities of the 21st century.  He offers candid perspectives that allow viewers to draw their own conclusions. His films focus on the intersection of politics, economics, social issues, and daily life. From on the ground filming at the Turkish Syrian border, to the factories of Juarez, Mexico, to elections in West Virginia, Samuel George’s films seek to offer a voice to those impacted by policy and macro trends but who often are denied a seat at the table where decisions are made.

"For me, it is a tremendous honor that people share their lives, stories and experiences with me for documentary films. There is an implicit and critical trust that is created – that these histories and images will be treated with the utmost care and respect; that perspectives will be shared honestly so that one person's personal story can reach—and hopefully impact—a far greater audience. To be recognized for this work in the city where I live—the incredibly talented and vibrant city of Washington, DC—to be able to share these stories with a broader audience is another tremendous honor, and I am very appreciative,” said Samuel George.

George’s most recent documentary feature, “Go-Go City: Displacement & Protest in Washington, DC," which screened locally at the 2021 Filmfest DC, tells the story of the rich legacy of Go-Go Music, the official music of the District of Columbia, and how Go-Go music persevered against attempts to “mute” it, and how Go-Go music was an integral part of the local Black Lives Matter and the social protests for racial justice of 2020. The documentary film is set for a run of theater screenings in Florida as part of the 36th Annual Ft. Lauderdale International Film Festival. In 2022 Samuel plans to schedule a series of free theater screenings of “Go-Go City.” He also looks forward to publishing the film and making it freely available to the public.

Other Samuel George filmmaking credits include his documentary film Out to Vote (2021),  set in Baltimore, based on the get out the vote efforts that follows three formerly incarcerated individuals who have become leaders for democracy in their communities; The Fields of Immokalee (2020), about the impact of Trump administration immigration crackdowns on migrant workers in Florida, and After Hurricane Michael (2020) about the effects of category 5 Hurricane Michael on the residents of the Florida panhandle.  He plans to schedule a series of free theater screenings of Out to Vote in 2022 and publish it, making it freely available to the public.

In addition to his documentary filmmaking work, George is also the co-author and editor of The No Collar Economy: Exponential Change and the Digital Revolution, a graphic arts book published by the Bertelsmann Foundation in 2017, and Our Digital World, a follow-up publication in 2020— both these projects were also completed in his capacity as Bertelsmann Foundation’s Global Markets & Digital Advisor.

“I am deeply thankful to the Bertelsmann Foundation for giving me the space to learn, improve and explore the medium of documentary as applied to subjects more frequently covered from an analytical bend. Getting into documentary film work allowed me to incorporate this kind of depth and passion into my work. Beyond supporting my growth as a filmmaker, the Bertelsmann Foundation also helped connect me with seasoned veterans,” said Samuel George.

Samuel George also has three new documentaries in development that he looks to premier in 2022. These include a documentary film following a steelworker's strike in Western Pennsylvania, which he hopes will give insight into labor and economic tensions in the US; a movie on the historic Barry Farms housing complex in Southeast Washington DC, the documentary is a collaboration between George and the DC-based anthropologist Sabiyha Prince, and a final project focusing on geopolitical and economic trends in the Balkans.

Want to learn more about Samuel George and his work? Click HERE to listen to his DC Radio interview.