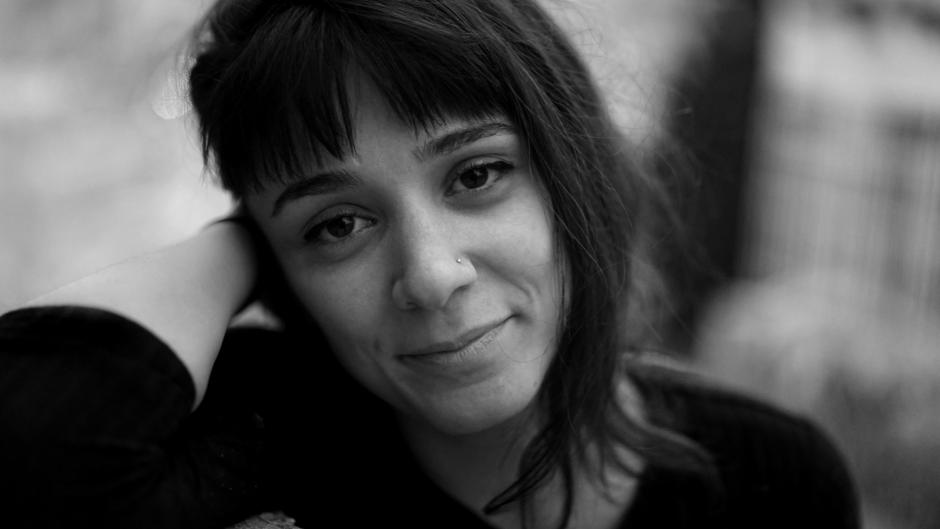 The District of Columbia Office of Cable Television, Film, Music, and Entertainment (OCTFME) is pleased to recognize Sareen Hairabedian as the December 2018 Filmmaker of the Month.

Sareen Hairabedian is a documentary filmmaker currently living in Washington, DC. She grew up in Jordan in a home filled with film, dance and music, which enriched her cultural experience and shaped her voice as a creator of human-driven documentaries. She moved to the United States to pursue her education and graduated from American University with a Bachelor of Arts in Film and Media Studies. After graduation she joined The Brookings Institution communications video team where she produced short documentaries and animations that visualized the stories behind the research generated at the institution.

Sareen founded HAI Creative, as a result of her eagerness to tell socially conscious stories.

A media production company that collaborates with artists and world organizations such as HBO, United Nations Women, United States Institute of Peace, Al-Jazeera, The Surgo Foundation and others, HAI Creative helps bring stories of the unheard and underrepresented to screen. “I’m an Armenian minority in Jordan. I’ve always been interested in understanding how to be part of a community, a culture, a minority.” She continues, “I’m passionate about the opportunity to show people’s stories through art in a documentary form.”

“We Are Not Done Yet,” Sareen’s directorial debut, is a 40-minute HBO documentary that highlights a group of 10 US veterans who use art and poetry to process their traumatic military pasts. The warrior poets take their stories to an audience of 500 civilians, family members and fellow warriors to tell too often hidden truths about the consequences of intimacy with war and death. Grappling with PTSD, the “warrior poets” share fears, vulnerabilities, and victories that eventually culminate into a live performance at Washington DC’s Lansburgh Theatre. “The live performance was one of the most powerful nights that we all had experienced. It was like the walls of the theater were shaking,” recalls Sareen. The documentary weaves in and out of the lives of the veterans exposing the human stories behind their poems and their turbulent acclimation back to civilian life. The film is produced by Emmy-winning actor Jeffrey Wright (HBO’s “Westworld”) and David Holbrooke (HBO’s “The Diplomat”) and was released on November 8, 2018. The film won Best Short Documentary at the GI Film Festival in San Diego and is nominated in the Best Short Doc category at the International Documentary Awards (IDA) 2018.

Through her cinéma vérité style in filmmaking, Sareen focuses on building trust with her subjects that serves as her foundation to authentic storytelling. In addition to directing, her love for cinematography and continuous observation through the lens allows her to better understand the nuances of the communities and the people she follows. This allows her to tell stories through the details of everyday life that often go unnoticed.

“I really want to thank the DC Office of Cable, Television, Film, Music, and Entertainment for this incredible honor. It was great meeting some of the team in the office. I appreciate all that you guys are doing,” said Sareen.

Sareen’s background in movement and dance led to her ongoing creative collaboration with the professional modern dance company Christopher K. Morgan and Artists. For two years, she served as the projection designer for the company’s dance theater piece ’Pohaku’ that brings together storytelling, hula, modern dance, classical music, and projection design to explore compelling universal themes in the story of Hawaii’s native people, including land loss and fractured identity.

Sareen is currently researching the next documentary about her native homeland Armenia, tackling issues of identity, resilience and connection to land. When she's not working on films, Sareen connects to her dance background and experiments in merging movement, choreography and technology.

Washington, DC’s instantly recognizable landmarks, diverse neighborhoods, cultural amenities, and first-class accommodations are just some of the many features that make the nation’s capital a venue of choice for media production.