Wednesday, August 18, 2021
This DC-based filmmaker’s ultimate vision is to make DC the next film making destination that competes with both LA and Atlanta 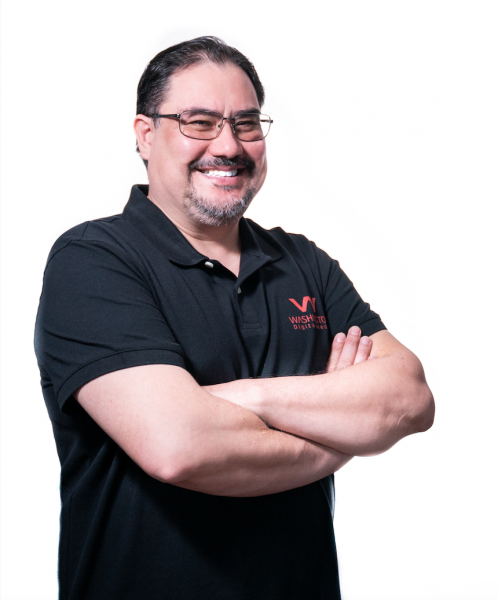 Washington, D.C. – The District of Columbia Office of Cable Television, Film, Music, and Entertainment (OCTFME) is pleased to recognize Ricardo Villalba as the August 2021 Filmmaker of the Month.
Ricardo Villalba is a longtime DC resident with nearly two decades of experience in the film and entertainment industry. He is a graduate of the New York Film Academy and he founded Washington Digital Media in 2014. Since then, he has produced more than 300 films in both Spanish and English.

“I see my business as a sort of solution in this digital age for my community to generate growth and feel empowered as we tell their stories to a wider audience,” said Ricardo Villalba.  “This business has allowed me to take my expertise and knowledge to best serve my community and bring the result that my clients need to reach their next milestone.”

Ricardo recently acquired 12,000 sq. ft of studio space in Brentwood NE (Ward 5), site of the former BET Networks campus. Washington Digital Media will partner with WEG Studios on this venture, and it is Ricardo’s ultimate vision to make the District of Columbia the next major filmmaking destination that competes with both Los Angeles and Atlanta.

What stands out the most about Ricardo and Washington Digital Media is the human connection that they make with each one of their clients. Ricardo takes the time to not only see the concept, but to understand the client and ensure that their vision is fully developed. Whether it be a political campaign, a film, a music video, company ad, or outreach to the community, Washington Digital Media always represents its clients with integrity and authenticity.

Want to learn more about Ricardo Villalba and his work? Click HERE to listen to his DC Radio interview.